Using XSOL to create an operational Knowledgebase is the ultimate level of achievement when it comes to understanding how an organization functions. In this situation the XSOL Process Model becomes the lens through which all digital material – software, documents, media – is viewed. That is, the Knowledgebase provides access to software application functionality and document/media content in the context in which the material is used, and allocating any digital material to the Knowledgebase becomes the yardstick by which the material’s value is judged.

Having a Knowledgebase means that any initiative that leverages off the organization’s current situation – such as creating a new strategic plan or introducing a new system – can dispense with the initial ‘current state’ discovery phase that most consulting assignments incorporate and dramatically shorten the time to execution. With a Knowledgebase the current situation is always known and readily accessible.

The following studies describe organizations that have recognized the huge value of such an asset and that have achieved it or are on track to achieving it.

At a certain point, when a sufficient proportion of an organization’s operations have been captured in XSOL, the knowledge collected can be used to make operational changes - changes that can transform the organization’s capabilities and results.

XSOL’s unique structure and ability to accommodate change makes it possible to get to the point of making transformational change on an on-going basis. By separating the workflow within a process from the operational task-level details, XSOL enables an organization to develop a skeleton of its operations, to which specific operational details can be added at any stage without threatening the integrity of the model as a whole.

With the subsequent definition of the individual tasks that occur at each desk or work center, procedural information can be added directly to the process model or linked to in another source – as is the case with the Knowledgebase.

The following stories reflect organizations that have achieved transformational change.

XSOL’s business modeling capabilities have been designed to enable the next step in Business Transformation – to automate the flow of work between staff and to present staff with the tasks they need to perform to fulfil their part in a process.

The potential results of fully automating a business’ core transactional processes of are transformative - increasing productivity 10 fold, reducing processing time by 90% are the real results from the relatively complex business case described below.

But good results are totally dependent on having a process model that fits your working environment 100%.

A common refrain from process mapping vendors is “80% is good enough. Don’t bother with exceptions, just map the happy path”. One vendor uses the process of a making a cup of tea to describe their product. Great if everything is in place - kettle plugged in, milk in the fridge - but life isn’t like that. Manual workers may figure out how to get around such problems, but automated systems can’t. They have no understanding of going to the store to get more milk.

In the not too distant future business automation will not be an option. It is vital for supporting the type of real-time always-on processes that are required to take advantage of the coming of age of the IOT (Internet of Things) and 5G communications.

And when you need business process automation remember to look for Exception Solutions – XSOL for short.

The Robots are Coming

XSOL and the concept of developing a corporate operational process model is often inspired by the need to gather knowledge to support a System Implementation. It can be the prelude to Business Transformation or it can be specifically focused on just those areas of the business that are affected by the new system. The techniques employed are the same, the rapid discovery of how the work flows through the areas affected by the change. However, unlike in the case of a Transformation model where for each person affected every task needs to be identified, for a System Implementation alone, you only need to allocate the new system functions to the process steps that are affected.

This is the critical element, giving the System Implementation team a good understanding of where their software has to be implemented and who has to be trained, plus giving them a system blueprint for their conference room pilot in which the software and its users are tested in a go-live simulation.

There are a number of management and organizational skill-sets that are required to create a successful system implementation, but using XSOL helps address the 2 most important aspects - Process Design and Change Management.

Government regulation, industry standardization and consumer demand is driving growth in the need for business to conform to a predefined set of standards. To a large extent this is a process of documentation, writing up business practices in the form required to prove that compliant activity is taking place.

But as the following case study shows doing this with XSOL provides the additional benefits associated with XSOL’s unique business model design, particularly the ability to significantly modify the content without having to start from scratch, which is a limitation with traditional documentation software.

Using XSOL to create the documentation required for a compliance audit can put an organization on track for Business Transformation or a System Implementation.

Most people are familiar with pictures of factories full of robots making automobiles, but they have difficulty envisaging what their office will look like once robots begin to take over their work.

The move has started. RPA (Robotic Process Automation) is a hot new technology designed to take over repetitive clerical tasks. Its value is quickly evident – faster throughput, fewer errors, lower cost. Yet this is the tip of a very large iceberg.

The promise of RPA is that it will automate entire business processes not just repetitive tasks. But like most new technologies, expectations exceed reality. In this case even the name is misleading. At best it should be RTA – Repetitive Task Automation.

But the promised results of fully automating the core transactional processes of a business are beguiling. Increasing productivity 10 fold, reducing processing time by 90% are real results from a relatively complex business – see a case study at xsol.com.

With such a transformational outcome possible what is stopping all businesses from attaining these results?

In one word – exceptions.

When Toyota became the world’s leading auto-maker General Motors assumed that their advantage lay in their robotized factories and so they created their own fully automated factory to build Saturn cars. But the results were no better than their other plants and eventually Saturn was shuttered.

Robots need to know EXACTLY what to do

The problem – robots need to know EXACTLY what to do. Toyota didn’t just give manual jobs to robots, not until they knew 100% exactly what the manual workers did.

A lack of understanding the need for accuracy has led to 3 barriers to successfully automating business:

Despite what AI (Artificial Intelligence) vendors would have you believe; it will be a long time before robots can think like humans. Until then don’t begrudge the robots your boring repetitive work. As robots make the world go faster your brain will be required to think up ways to help your business keep up.

And when you need business process automation remember to look for Exception Solutions –XSOL for short. 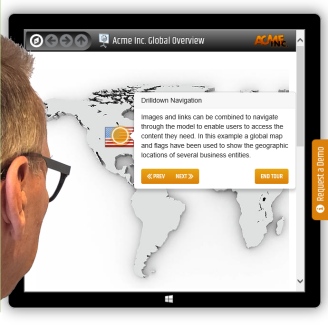 Take an online guided tour to get a glimpse of what is possible. 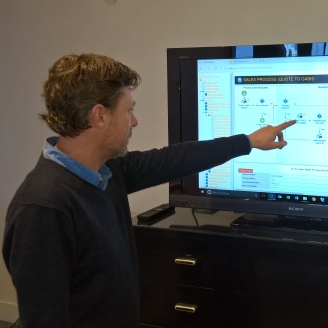 Request a demonstration personalized for you.

Or you can email us at enquiry@xsol.com